From the slimey to the peak 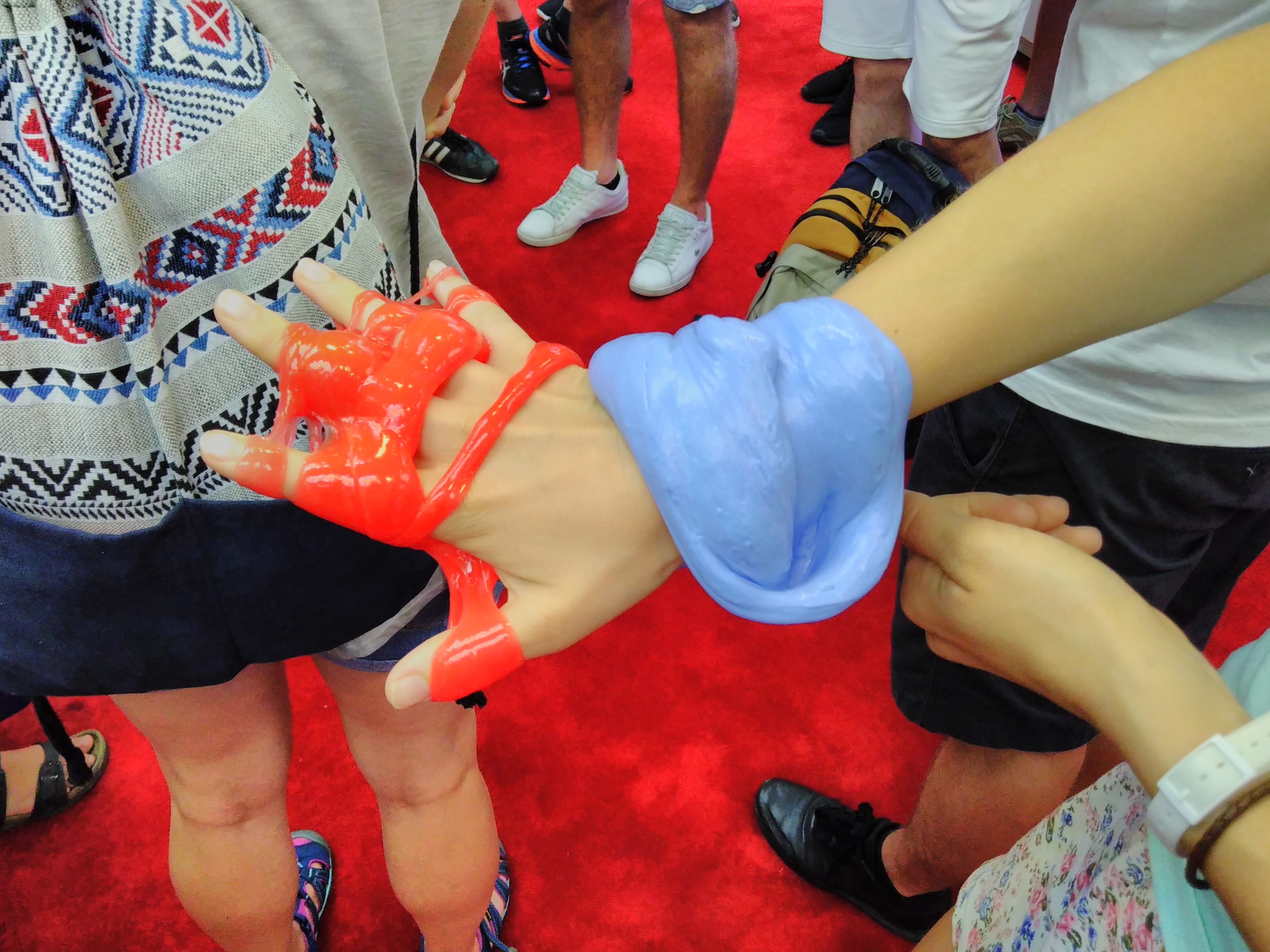 This morning was ok, we didn’t need to rush. We just recieved few instructions and split in three teams which each had one designer . Each team went to the location by themselves. The first team went to the Museum Mplus in Cyberport, the second went in the Hong-Kong design institut ( HKDI) and the last team went in the school of creative media.

After the presentations we were free to have lunch together with our teams and only had to meet everybody else at the Energy Plaza to visit Joker, a swiss company. This guy (add name) started his company in Switzerland,  after this training as a merchant at the Coop. After few years of business he realised that the production cost in Switzerland are getting out of hand and he transferred part of his company to china. In the seventies he bought the license to create a the slimy toy , using the concept of connected polymers. Starting from this simple product he found ways to extend this concept into different ranges of products like other toys but also medical, cleaning tools etc. 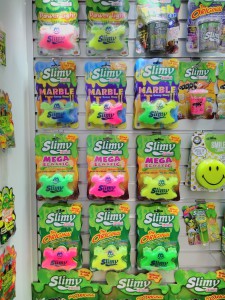 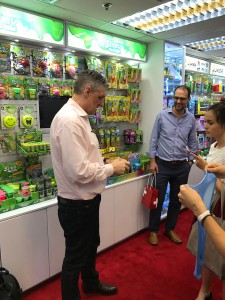 After the presentation, some of us decided to visit  a nearby temple. It was a temple with the deification of two well known men of China, a warrior and a writer. You can pray them to be strong enough to fight  and smart enough to avoid fighting . The temple is near central, so we were amazed by the contrast between this old and small temple and the enormous  skyscrapers all around it.

After the visit, we just return to the meeting point to take the bus with the others. We wanted to go to the peak. The traffic was dense and the driver completely crazy. the journey to the peak lasted one hour. We went to the peak in the evening to see the view by night. The place was amazing, full of chinese people as an echo of the view down filled of tall skyscrapers. All those building were shining and offered to us a complete scene of a galaxy, an artificial one, made by humans, but still, it was a galaxy for sure. 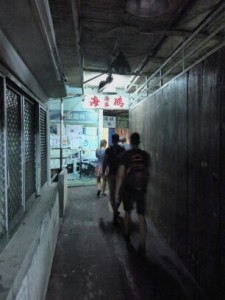 Then, we decided to return in central. We had split in two groups. The first one decided to go by foot through the mountain, the others just took the taxi. Back in central, we went out and enjoyed a good beer. 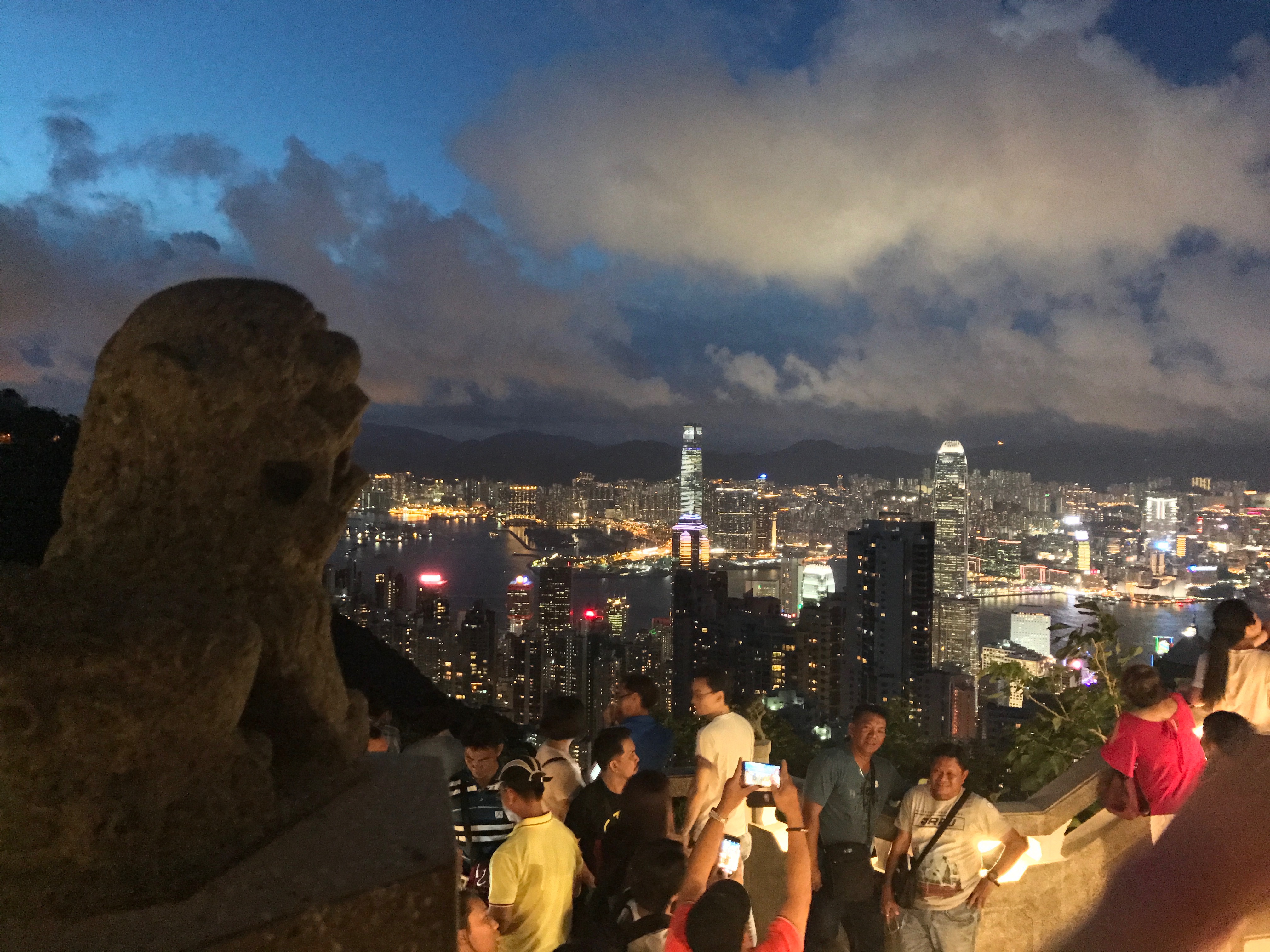