By Rihab Hammami May 3, 2018 Discover Trobak, give value to your waste project 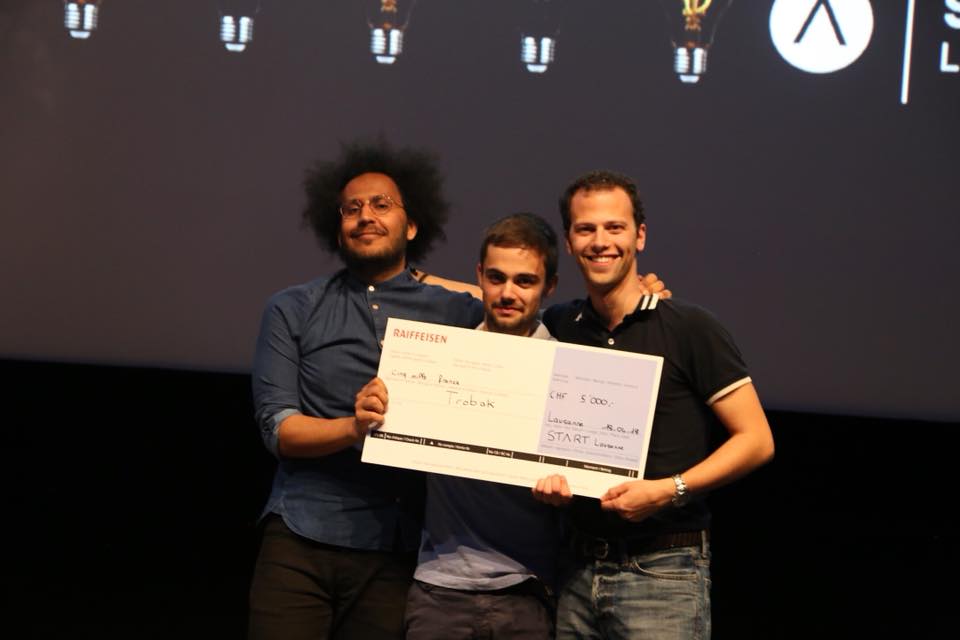 We are very pleased to announce that we have won the Jury’s Crush Award and the amount of 5000 CHF. We are all very proud and we want to thank the CHIC program for getting us started.

Of course the project is no longer the same, some members have left the ship, however without the CHIC we would never have made it this far.

At the end of the program, Pierre decided in November to enter us in a start-up idea competition. We didn’t believe it too much because our project didn’t seem elaborate enough and yet we were selected among the 42 participating teams.

Pierre and Valérie were still working on Trobak as part of their third semester of Master and so we continued to discuss to improve our product.

Two new members joined us because they believed in our idea. Step by step we managed to work together to reach the final and this prize. Valerie finally left us for reasons that we do not want to reveal, but she participated enormously in our growth and we thank her for it.

Obviously everything has not been easy and we recommend to all CHIC members who will read this blogpost that the end of CHIC does not mean the end of your project. It is important that you believe in your idea and find out what brings you together around it.

We think this is a good example of what the CHIC can bring to its teams. This program offers us the necessary tools for creation, but it is up to us to learn how to use them and make the knowledge that is transmitted to us grow!

We therefore advise you to work hard, everything will not be easy, there will be times when you will be fed up, but it is precisely at this moment that you must remain united. We had a lot of problems with each other during the program and yet….

It is important that you all sit around a table once the program is coming to an end so that you can discuss the future, everyone’s expectations and of course your motivation to go further.

Do not hesitate to contact us if you need any further advice, we would be happy to help you! I’m sure the CHIC staff will be there for you just as they were for us!

Once again, we would like to thank the entire CHIC team, Marc, Cédric, Alex, Jacques, Damien, Pablo as well as all the teachers for their precious advice and feedback!

We will keep you informed of further events, because yes, the entire amount won will be invested in the project!

Discover Trobak, give value to your waste