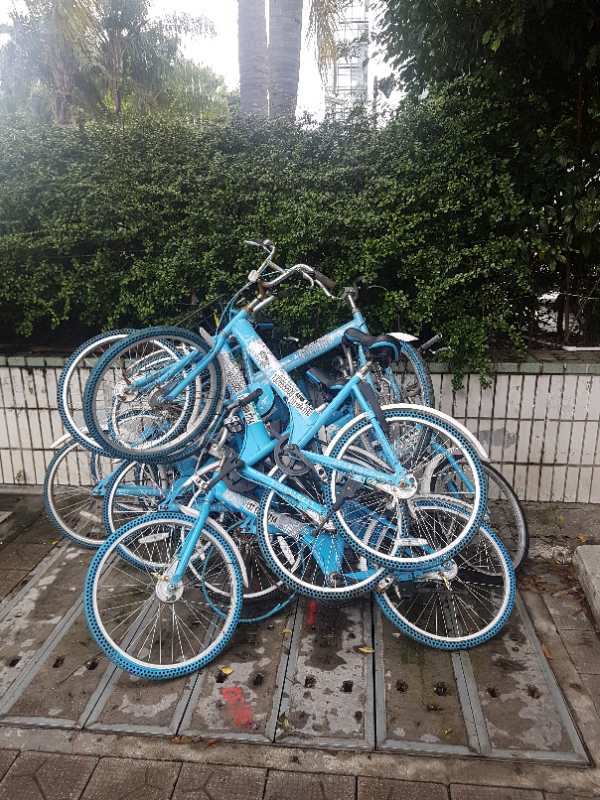 After spending more than 10 days in Shenzhen and 5 days in Hong Kong, we were able to compare the differences and similarities between the two systems of the same country. This text will talk about both Hong Kong’s and Shenzhen’s public transportation systems.

We will first explain and describe the transportation methods in Shenzhen and Hong Kong, before concluding on the differences between them.

First of all, in Shenzhen, the subway and buses are the two most common transport methods. The subway has only existed since the end of 2004. It currently has 8 lines, 166 stations and 286 kilometres of total trackage in operation. 7 new lines are under construction, so it will expand even further and serve more people. In 2017, it served 5.5 million people a day on average. Bus services in Shenzhen began in 1975, and now have expanded to a network consisting of near 1000 routes. Furthermore, we can underline that there is in some cases, efforts to make transportation in crowded trains more tolerable, expecially for women and people with disabilities. On an other hand, the desire to make the people’s daily commuting safer means a strenghten surveillance system aswell as a strong security gate at the entrance of the metro and even some crowd control equipment in case of riot or chaos. However, this doesn’t mean that it takes more time to get into the train, as everything is very efficient.

There are also taxis as in any other city. There are two types of taxi: blue taxis which are electric, and red taxis which are petrol. On a side note, non-electric cars are taxed at CHF 12’000 on purchase, which is why there are many electric cars in Shenzhen. There is also a mobile application called Didi that allows you to order a taxi. The application will make it possible to have either private drivers or taxis directly, so as not to bring the two sectors into competition. In Hong Kong however, the taxi system is sligthly different. It is technically illegal for Uber to operate in the country even though it is largely used. Maybe, part of the reason is that a taxi driving license is extremely costly (about 7 millions HKD) and in order not to decrease the value of this license, the number of taxis operating in the country is limited.

Still in Hong Kong, the most common transport methods are also metros and buses. However, there are two types of bus. Double-decker buses and minibuses. The minibuses are small buses with about fifteen places and are very fast. They don’t make all the stops, and they don’t stay very long at one stop. They almost give the impression of being in a karting when you are inside. 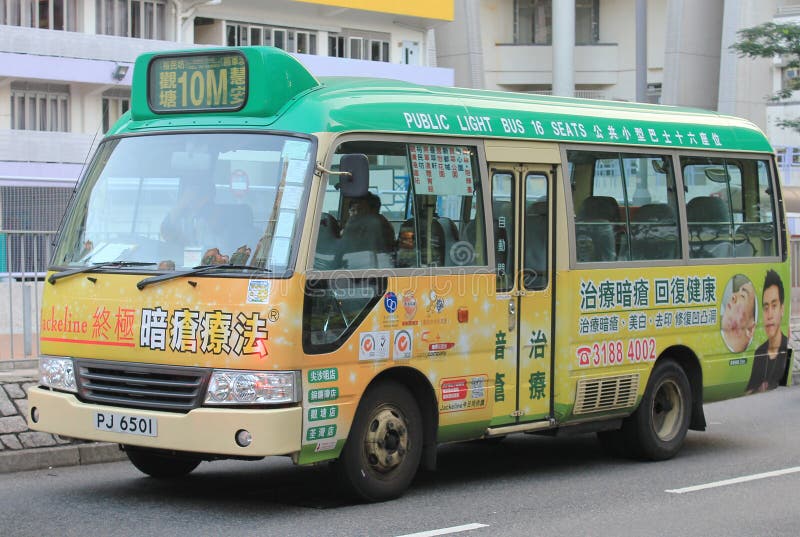 The metro in Hong Kong is called the MTR (Mass Transit Railway). It consists of 11 lines and more than 150 stations. It has 218 km of tracks, and has an average of 5 million people a day. The MTR is one of the most profitable metro systems in the world; it had a firebox recovery ratio of 187% in 2015, the world’s highest. The farebox recovery ratio of a passenger transportation system is the fraction of operating expenses which are met by the fares paid by passengers. It is computed by dividing the system’s total fare revenue by its total operating expenses.

Because of its coastal situation, we have also been able to witness how transportation in boat works. Big transit between important places like the airport or main Harbor are done by big boats but smaller travel between for example our place, HKUST, and trio beach, a beach just in front, is done by small boat though both seems yo be privately owned.

If you are adventurous, you can also allow yourself to try getting on the back of a motorbike that is specially customized to suit this kind of use. They even have a integrated umbrella to protect not only from the sun, but also from the rain, thanks to its slim and long shape.

Finally, it is noticeable that electric personnal transportation are really common for individuals in Shenzhen. It is not uncommon to see electric bikes, electric skateboards, electric scooters, electric hoverboards, electric single wheel and even electric wheelchair! The old Segway has nowhere to go now in the new modern era.
Another key point is simply bike sharing. It is massive. Three companies dispute the market of bike sharing in China and as such, don’t lack inventivity and resource to innovate. Though we might not have noticed them all, we can still remember some : the obvious integration with wechat pay is a starter, then there are also more imaginative solution like full tires, meaning with no air chamber for less maintenance. As the number of bike is asnoshingly high, it could be natural to think that the quality is not that great but in reality, the durability of the bikes is remarkable. We have seen people sitting on their bike, not moving, simply relying on the open single leg to sustain their weight. 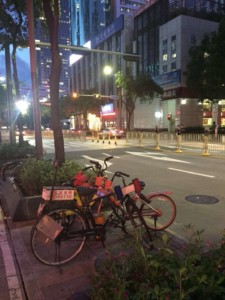 Though it is not directly transportation, the octopus card is an awesome piece of plastic. It allows not only to pay for transportation but also for all conveniences, from toilet paper to umbrella. It can be reloaded pretty much in any places accepting octopus payment if the vendors are kind enough to do so.

In summary, after describing how Shenzhen and hong kong transportation system works, we can say a few things.
Because of its small size, massive population and hilly geography, unmotorized transportation in Hong Kong is extremely difficult. Another point is that due to Shenzhen relatively young age, it is much much more dynamic and smart, as some could qualify the city. Electricity is already everywhere and is going to be even more omnipresent, thanks to cheap technology and a vibrant and exciting tech community.
Hong Kong is a modern and consumption driven country and it is illustrated through it’s city centres which in most cases, forms big mass of tall interconnected buildings. You could literally spend your whole day never going out of this MEGA mall whereas Shenzhen still has space for expansion and growth. 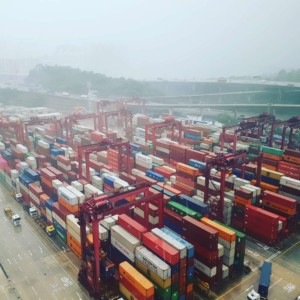 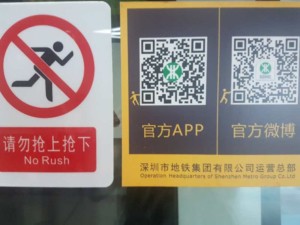 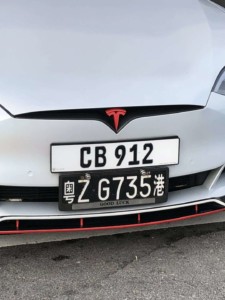