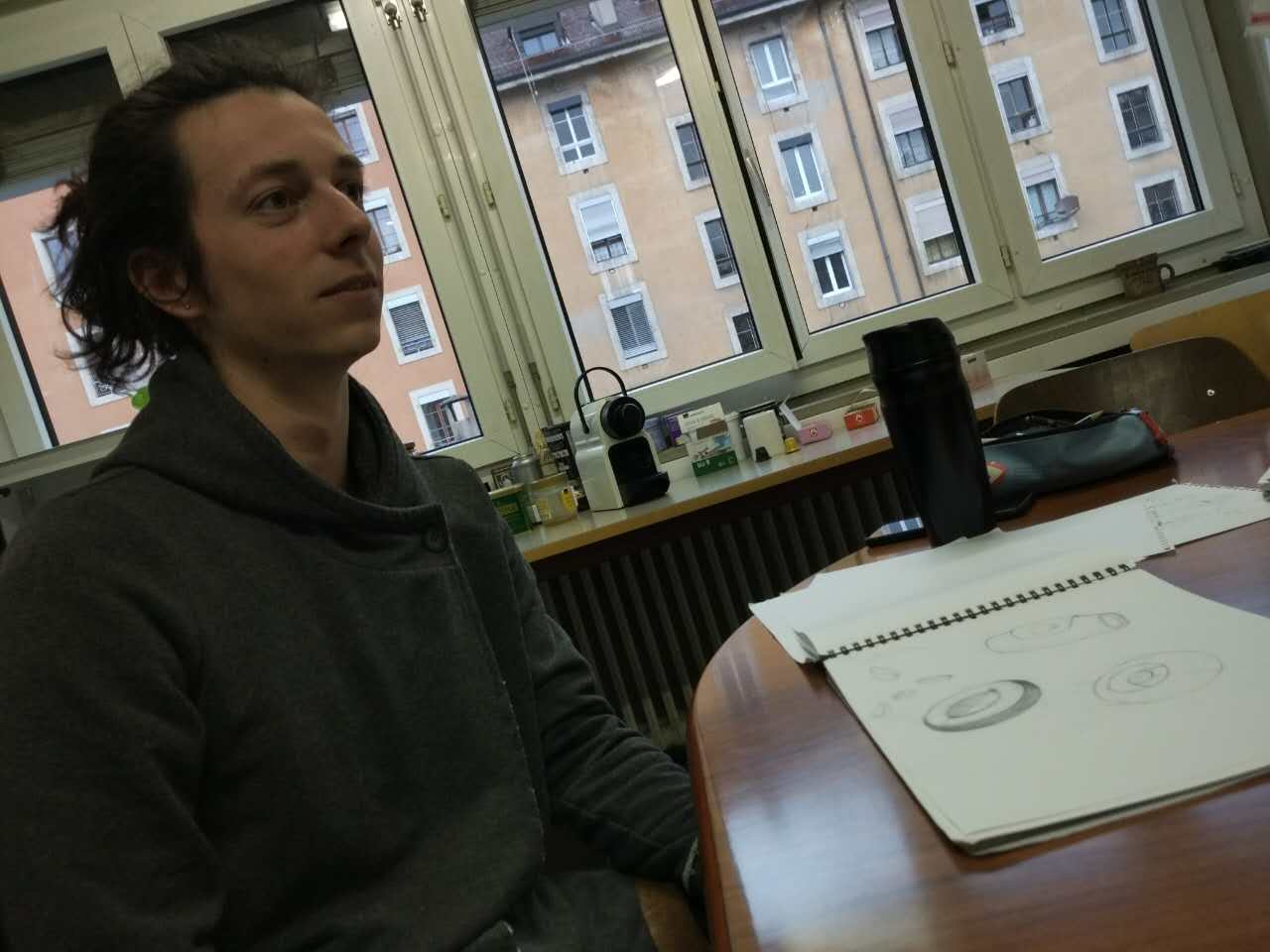 The one and a half hour meeting we had scheduled this week ahead of our milestone, was not long enough to discuss all the work each one has done.

The engineers started out with their efforts they had spend on different protocols and codes to discuss about the reach of different antennas and the usefulness of certain development kits and the differences between different suppliers of hardware. At one point in time, most of the non-engineers were more or less confused. At least we were all convinced that they are doing their job well. After several questions and explications for dummies (this is non-engineers) most understood the state of things.

The discussion about the size of the material required for the device to “work” is since the beginning of great concern for Loïc, our designer, since he will have to fit it all into the device. He presented several drawings and explorations of shapes that resembled a knot, a fish and other abstract forms. One key element is the question how to attach the device and make it more than just a box randomly floating in the bag of our customers. The device should represent something and be of sober, but beautiful design. For this, the size is relevant and the engineers assured to find out this as soon as possible for the design process to advance. We also discussed the question of charging, since the battery will be the piece taking up most space. We decided to charge the device with USB C, rather than with batteries that are to replace.

Then we discovered the personas that represent our customer with all their habits, special needs and characteristics. Interaction design and business had worked closely together in recent weeks to come up with customer segmentation and the insights to them through interviews. The result of which has already been discussed in last week’s blog. We also discussed the building blocks of the business model proposed. The team members were astonished at the comprehensive concept, which has been built around the simple idea/need we had identified in the beginning.

After sharing all the work that had been done, we discussed our key challenges and tried to come up as a team with solutions and recommendations for the person concerned. This weeks meeting made us realize that we have to communicate more often across functions to avoid any misunderstandings. We set a time, when we will from now on meet every week to exchange the progress being done.

Now we are preparing the milestone that will come up this Tuesday.