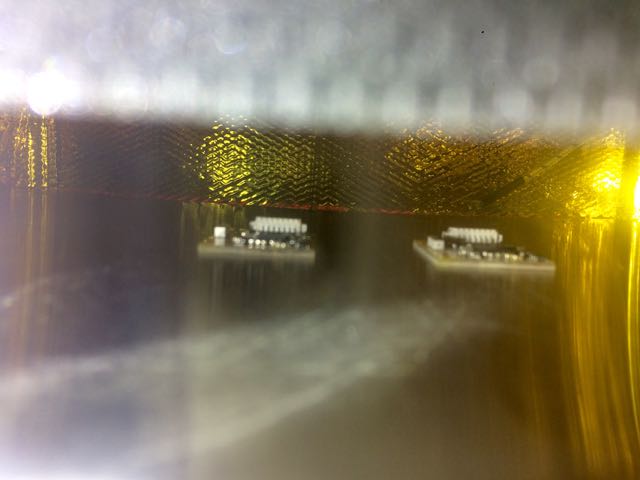 Last night, we finally assembled the first prototype of Ilanga’s electronics. I was a little bit worried as it was only my second time doing this, but my friend Salah kindly offered his help. He shown us how to organize our work, by dividing the assembly in small steps that could be done without any risks of confusion between the parts. 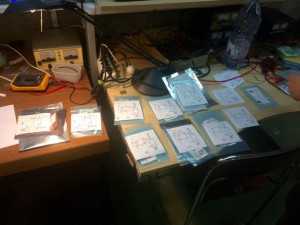 Components ready for assembly. Each stack of part represents a step, along with a drawing of where they go on the PCB.

Since Adrien and Thomas came to see how a PCB was assembled, I suggested that they should try placing some components themselves. They accepted, and we taught them how to manipulate the tiny 0603 SMD components (1.6 x 0.8 mm!). They were so good at it that in the end I did not place a single component myself! 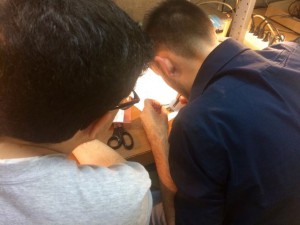 Adrien places capacitors for the first time under the expert eye of Salah.

Once all the boards were populated, everything was double checked and then the boards were headed to the reflow machine, which was nothing more than a hacked electric kitchen oven. However, it did a wonderful job and a few minutes later we collected freshly baked PCBAs, ready for testing! We finished the night by preparing a JTAG cable to transfer and debug firmware on Ilanga. 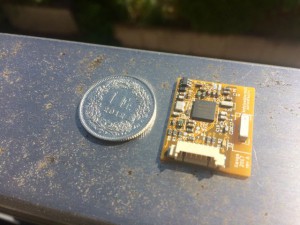 Final result of one evening of work, showing the size of our PCB.

Designed in Switzerland, Manufactured in China.