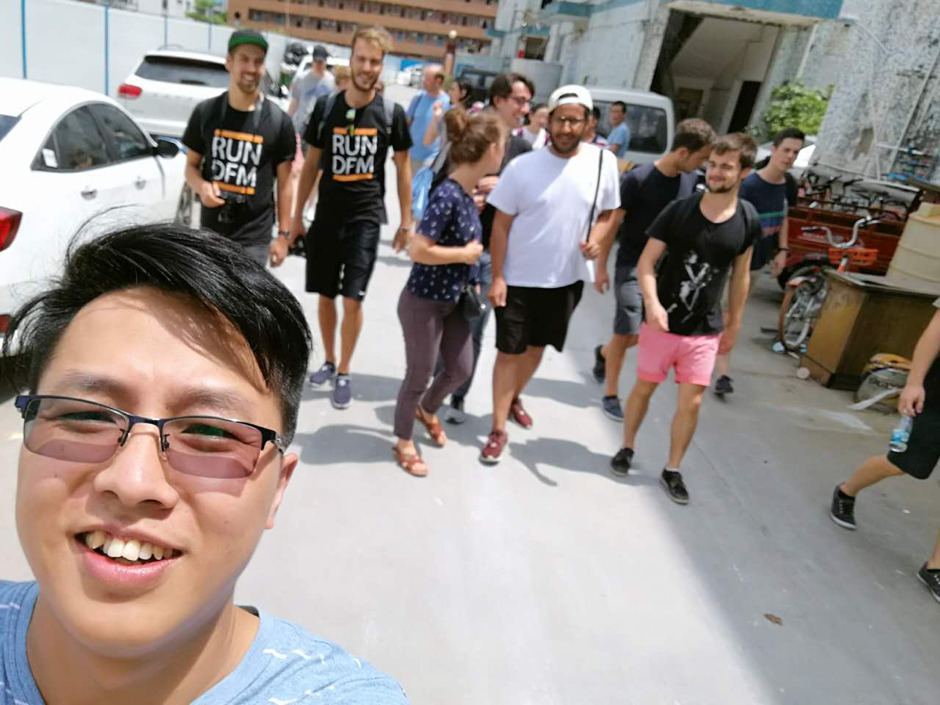 Already one week in Shenzhen! Time goes by so quickly, and there is so much to do on all projects! Yesterday was the last where we were assigned to work on the prototype.

However, we had one little extra activity on the planning: Elle, from Seeed, managed to organize a visit at a PCB factory! The factory was outside of the city, or at least it would have been, if we were in Switzerland. Here, the city is so huge that we never really left it, despite travelling one hour by bus.

The visit began with an introduction to the company. It was in Chinese (of course), but Elle managed to translate it perfectly and help us to ask questions. We then moved to the manufacturing areas, where the real “magic” was happening.

What surprised me the most, however, was how manual the process was. Almost nothing is automated here. The machines are all loaded and unloaded manually, except for the chemical baths; here the boards pass from one step to the following using a giant gantry robot. 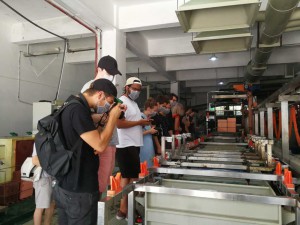 Because food is also part of the Chinese culture, we have to talk to you about our lunch. It was such an amazement! Elle brought us to a hot pot restaurant and took care of the order. There were so many foods we thought it would never end: tofu, beef, chicken, shrimps, vegetables and so on. The idea of hot pot is very friendly; all the food is boiled in sauce in the middle of the table and then everything is shared.

NB: When they mean spicy, it really is ! 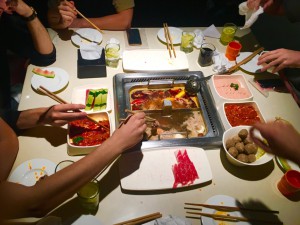 In the afternoon, almost everyone went back to the hotel, as they had to work on software or design, two activities that can be done anywhere. Adrien and I still went to x.factory to try to finish the hardware part of Ilanga.