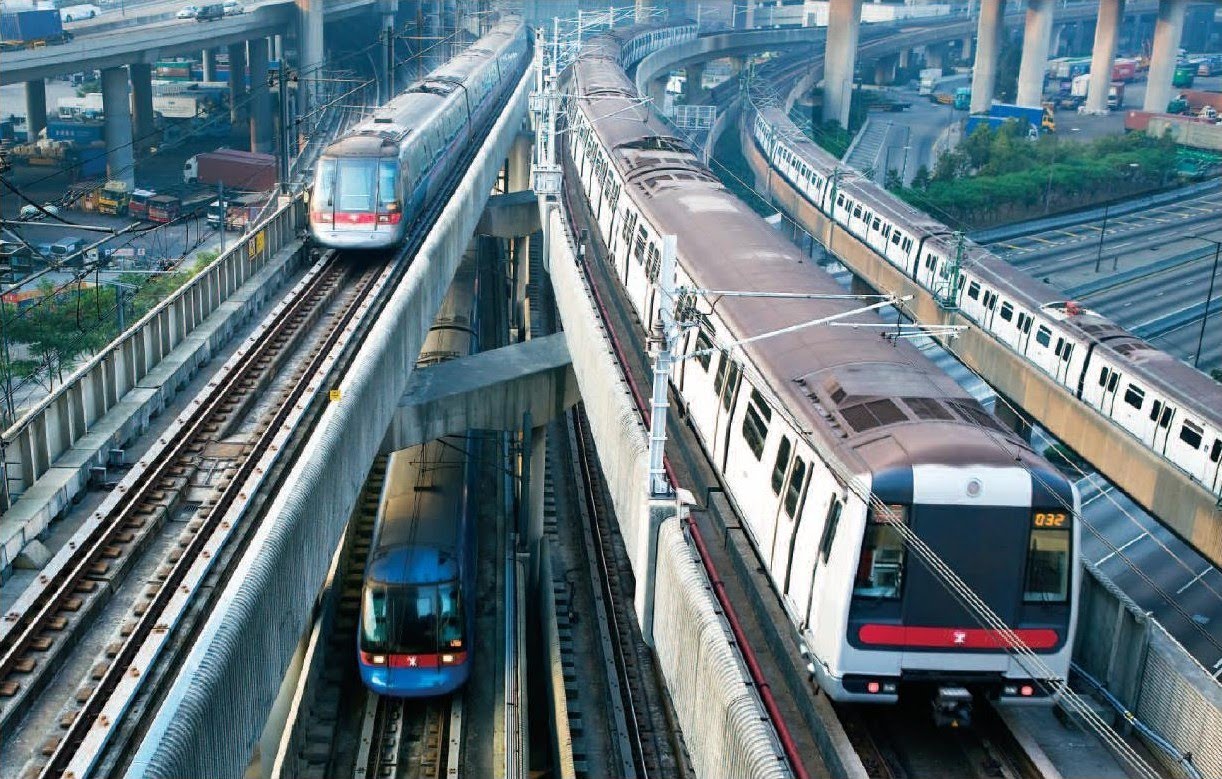 Hong Kong (HK) and Shenzhen (SZ) have both experienced an enormous growth throughout the last decades. In this process, public transports is one very important piece of the puzzle, since it ensures an efficient flow of people. In HK today 5 mio people use the Mass Transport Railway (MTR) every day, while in SZ it is 4 mio people. These numbers are actually very similar to some of the biggest and most famous metro networks in the world like New York and Paris, although the former are much more recent than the latter.

In HK, the first metro line has been built in 1979. It’s planning and financing is built on a system called Rail and Property (R+P), which ensures a very efficient space use and at the same time, allows a financial sustainability. In fact, The Hong-Kong metro, unlike most of others metro around the world, makes profit ($ 1.5 bio in 2014) while having one of the cheapest metro ticket. That is thanks mostly to the R+P system which is called a win-win-win operation.  Basically,   The government gives rights to MTR to buy the land, on which it builds the stations. Then, MTR partners with developers who build properties  around the stations and take a percentage of the developers profit. With this smart system, MTR in HK doesn’t need government subsidies and makes enough profits to fund the development and maintenance of their railway system.  Moreover, our opinion is that this solution offers an integrated and sustainable development in a country where the place is worth gold. Everything is well thought out, from the housing just above the station to the different shops near of it, and this can easily be felt when displacing with the metro.

In Shenzhen, the whole system is very recent. Indeed, it has been opened in 2004 and experienced a strong and incredible growth that accurately mirrors the growth of the city itself. Today, it transports 3.9 million people a day, in average. Shenzhen Metro Group decided also to introduce the R+P system to fund the construction. Currently, they are the unique metro in the Mainland of China to have implemented this system.

At first sight, the two systems might seem similar. However, looking at it more closely, a number of substantial differences can be noted.

For instance, the funding arrangements aren’t the same.  While HK have a clear and holistic guiding principle, SZ haven’t one. We can imagine that the government did it to keep a certain control on the metro growth and room of manoeuvre.  Moreover, while the government funding arrangement in SZ is dominated by the R+P system, in HK, it’s more varied with also direct government capital investment, and Public-private partnership (PPP). The result of this is, for HK, a less risky model against markets’ fluctuations and a more solid basis in case of projects failure. Even if Shenzhen has the chance to test new ideas (e.g. R+P), they have still some national legal and institutional barriers to fully take advantage of the HK R+P model.

Another important difference is the security system. Every station in SZ is equipped with a security check at the entrance, where all the bags and backpacks are scanned by the police. In HK, this system is completely absent. Independently, in both cities, traveling by public transports feels very safe. 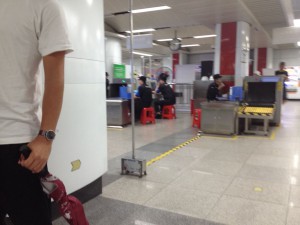 Moving further towards the platform, it strokes that people do not behave in the same way. In HK people are very calm and ordered, reminding of the swiss diligence. Everyone stays on the right side of the escalator, properly holding the bar, and people wait for people to get off before walking into the train. On the other side of the border, in SZ, people are much less patient and structured, resulting in a more chaotic displacement experience. A point that also struck us only in SZ concerning the user’s behaviour was the priority gave to kids to seat inside the metro. It was at this moment that we understood the way that Chinese children are treated and consider – as it said in French “petit empereur chinois”.

One of the biggest differences, however, is the flow of people. While in HK the metro is always quite crowded, at any time of the day, in SZ the system is not balanced as well. There are lines that are much more loaded than others, resulting in lines that are seldom full and others that are strongly loaded. This is also very dependent of the time of the day. This can be brought back to the efficiency. If we look at the table, we can see that the MTR in HK, which transports 22’857 pp/km per day, is far more efficient and used than the one in SZ, only transporting 13’636 pp/km per day. 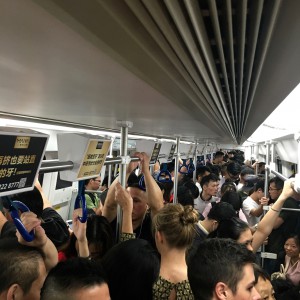 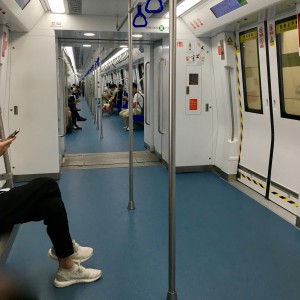 One last difference can be seen in the space use, which is directly correlated to the availability, and hence the price, of land. In HK the space is scarce. Accordingly, metro stations are accurately dimensioned and efficiently planned. On the other side of the border, the space does not represent a problem. This also results in very wide metro stations, that give a large margin of increase of the flow of people, but at the same time, implies long distances between connecting lines.

To consider these differences it is very important to keep in mind that, although being both very young systems, the city of SZ has opened its first metro line only in 2004 and it has to satisfy the needs of a city growing at a crazy rate of about 40%. A fast growing city implies a visionary planning and foreseeing of the of the future developments and the rapid adaptation of people to changes and new technologies. This last point is very relevant and has a strong presence in the SZ metros. In fact, the metro is also used as information and education space: there are videos that are shown in loop, educating people about the safety procedures, usage of train and escalators and even about waste recycling.