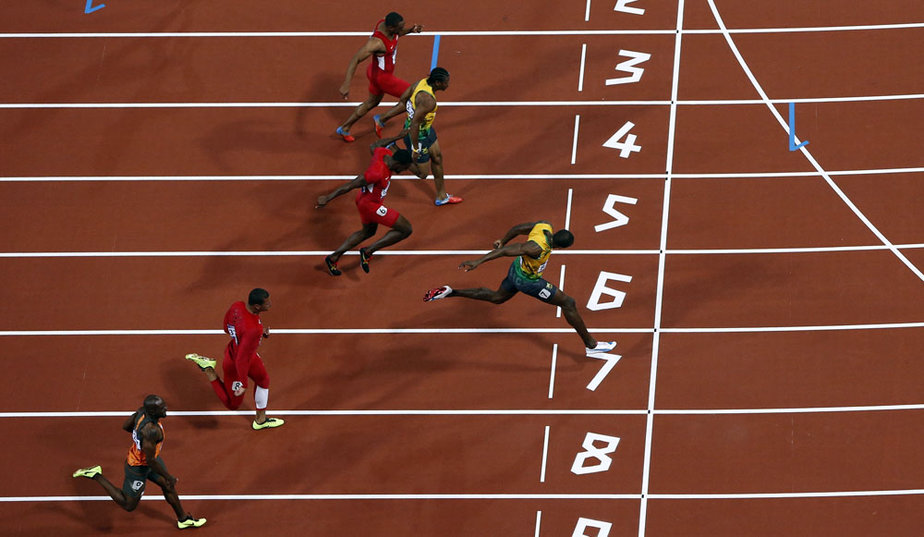 Brace yourselves for the upcoming milestone, for our product is becoming real. Indeed, the final milestone of the semester before leaving to Shenzhen is next Thursday’s presentation. There has been strong progress made this week, so let’s have a recap.

We have finally received the confirmation from Seeedstudio that the first iteration of our PCB was manufactured; if everything goes well we will receive 10 boards on Monday. This will leave us with little time to assemble it and test it before the presentation but hopefully it will work ! For now, just as a teaser you can have  a look at a 3D view of our PCB: 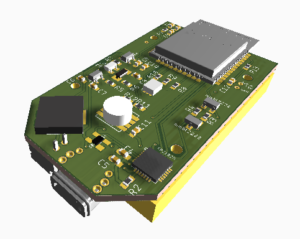 We have implemented a few small functions on the micro-controller, for controlling the LED, detecting if the device is clipped. We also tried to improve the stability of the Bluetooth Low Energy connection.

The design of the device has been modified a bit to adapt to the current dimensions of our prototype (in terms of PCB and batteries).

The clipping part is now to be made of metal (most likely in spring steel) as it was noted that the plastic was to fragile, especially as for now it is 3D printed. Since the device is made for children, it should be able to withstand their high capabilities of destruction. 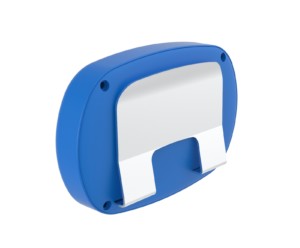 Some effort have been made to improve the instinctive user understanding of the device. To this end, the “eye” was slightly changed to emphasize that it is a button as you can see on the next picture. 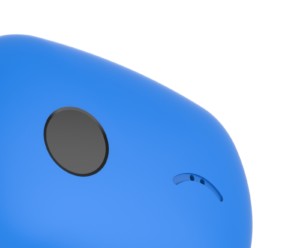 Finally, some perspectives for recharging the device have been investigated. Indeed, since we want to propose a device to help manage a group of children, we must think about how many of these devices can be recharged conveniently.  For now, as we already use a USB socket to program our microcontroller, we also use it to recharge the battery. However, it would be tedious to plug 10+ devices with USB cable (who has 10+ USB cable anyways ?). One way to offer a better alternative would be to have a stand on which you only need to insert the device, so it takes less time and all the device could be charged at once. Here’s how it could look like, notice that the children can immediately find which device is their’s with the labels on the back of the clip ! 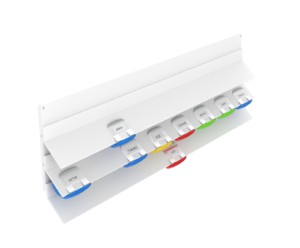 During the last milestone about a month ago, journalists from RTS (Radio-Télévision Suisse) had come to have a look at our projects. They are preparing a documentary about how the late advances in AI were transforming China, and wanted to see if it would be interesting to follow one of the CHIC projects as part of this documentary. Our product idea, as well as the presence of Siqi (our mechanical engineer) who is a chinese girl studying in Switzerland caught their attention. Alain Orange, one of the journalists, suggested that we should do a phone interview to discuss more in detail our project, the goal of CHIC, the implications of adapting the device to the Chinese market. We would like to thanks again Alain Orange for its interest in our project and the time he committed to us for the phone interview that took place last Tuesday.

Yesterday (Thursday 24th of May), Victor (HEC) and Alex (ECAL – Industrial designer) went to the Fondation crèche de Lausanne. Which is a nursery school. This visit was the occasion to collect feedback on our device (Victor and Alex went there with the prototypes for showcase), on the aesthetic side but also on the practical side and the way educator or children would interact with it. The educators really liked the device and definitely find it useful. One important remark that they made was that regulation tend to forbid the use of Smartphone for childcare workers, as they are a source of distraction and draw the attention away from the kid (Team Chircle please help them 😉 ). Thus it would be best for them if the use of Smartphone were optional, although they agreed it would still be good if we target parents. They also gave their thoughts on the way we provide feedback, they would like clear feedback of what is happening and not vague sentences; they’d rather have a few useless notifications than miss an important warning.

Let’s conclude this blogpost with the next steps. As said previously, the final presentation is taking place next Thursday. Obviously we have a lot of work to do before: completing the prototype, preparing and rehearsing the presentation, not to mention that it is the last week of courses so we also have deadlines in our other courses. Once the presentation is over, we will have some time left to do some further improvements of the prototype before we take off for China on the 10th of July. However, (at least for EPFL students) we will have to study for the upcomming exams, so it is hard to say how much progress will be made. Nevertheless, we already have ideas of modifications and improvements that we will make before going to China.

Thank you for your attention reading this long blog post,