It’s time to show to Seeed what we did

Dear CHIC community,
Wednesday 18 was the last entire day of work we had at x.factory. Every team was under pressure because it was the day to finally show to x.factory what we accomplished in this two weeks !! During this pitch we will finally show them for what we bothered them with our question during two weeks 😉
Some teams were in an advanced stage like Core who had a functional prototype and an app or Flowlin who had a functional prototype too. Others teams were a bit late like Guido. The time flew until the pitches. The presentation room was full with our teams, people working in x.factory and visitors.

This time we saw different people pitching like Siqi, Berk, Marjane or Thomas. They all did well and although some was a bit nervous at the beginning, they all gained confidence and gave their best. As the audience were essentially Chinese people some of them didn’t speak English very well so they had the chance that Siqi is Chinese and she explained her project to them in Chinese. 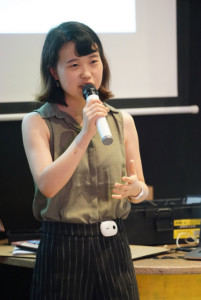 It was a fun moment although that we didn’t understand a thing. All the projects were awesome and everybody could be proud but it was not the time to relax. The demo time is Thursday, get back to work !! 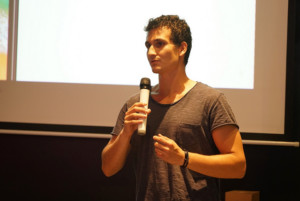 We would like to thanks one more time the team of x.factory for their help. They were really really nice and helpful. All projects advanced a lot due to their disponibility. 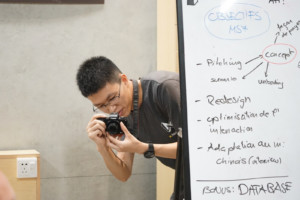