Consumption in Shenzhen and Hong Kong

Today is the last day of our CHIC trip. We had a scavenger hunt and enjoyed the time at the beach together. These days were unforgettable memories for us. Now we would like to conclude our findings about consumption in China.

Visiting different companies is a rich experience for all of us. Indeed, we visited the Tencent headquarters and got the opportunity to interview some people directly. We discovered a lot about modern Chinese technology and culture, which left some of us quite surprised! 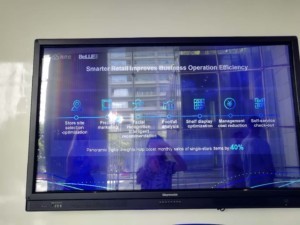 We agreed on the fact that it is safe to say that Chinese people make most use of their smartphones and are perhaps ahead of the western culture in the field of use of technology. Everything, from calls, transactions, to a centralized services system, everything takes root from the small device inside of our pockets. From ambulances, doctors, food deliveries, taxis, hotels, everything is but a touch away from you, confined to a tiny rectangle, in one application. That means the consumption is often done by smartphone rather than cash and credit card. It is a very convenient payment method for Chinese people. The modern world’s access is made to be quick, easy to use and available anytime, anywhere. It can seem a little confusing for us. Because some stores or restaurants even go as far as to only accept WeChat payment. The WeChat Payment requires the connection to a Chinese bank credit card and which, as foreigners, we do not have. Although in Switzerland, we also have the Twint payment, different people have different choices of payment method. 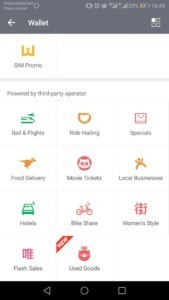 We interviewed Henry J., a 32 year old engineer working in x.factory. We asked him some questions which are about a couple of precisions on how he uses the app, and how he and his friends, and Chinese in general deal with consumption on such a facilitated scale.

-What are the things that you spend the most on?

-Electronics, modules, but I don’t buy things like computers or phones a lot, clothes either. Younger people are more concerned by it. They prefer to buy clothes, and care for their looks. Women tend to buy more, makeup is something that is most commonly bought. The largest part of my expenses is the rent and the food (80-90 %). So mostly, I spend the rest by spending time with my friends.

-What are the platforms of shopping online you use most?

-Tmall and Jingdong both are platforms where you can buy everything, from food to electronics. However, Jingdong is more electronics-specialised. But what is very interesting is that now there are also a lot of people who use Pingduoduo, especially younger people. It is a platform online which provide big discounts for group shopping. So young people would like to buy things together to get more discounts. Pingduoduo have earned 300’000’000 users since they’ve established. (WeChat has 600’000’000 users!)

-What is your preferred way of transaction?

-WeChat and Alipay account to more than 90% of my transactions. I only retrait 100~200 RMB every month. And so did my friends. Because there is no need for cash. WeChat can even be used to take the metro now!

Hong Kong is even a busier and more crowded city than Shenzhen. It is also more international and prosperous. Almost everyone could speak English. And the changes in consumption are also obvious compared with Shenzhen.

First, the consumption method changes. Instead of WeChat or Alipay, people use the Octopus card in Hong Kong. It is card which you can use to pay anywhere. In most cases, we use it for transport. Actually, it also can pay in restaurants and stores. It is still not very convenient because of the charging part. We only can only charge Octopus card by cash rather than by bank card. Although there are ATMs in every subway station, withdrawing money and charging the card really take too much time every day.

Third, here more people have strong consumption desires. Even many Chinese people come from Shenzhen to Hong Kong only for shopping, which also contributes to the increase of prices. This is a shopper’s paradise. There was one time, when we entered Langham place in Mong Kok, but we could not even move in the elevators or the lobby because there were too many people in the building at the same time. Some people even carried their luggages to go to the shopping center directly.

Besides, we found that the main consumer group is women and the main popular products are make-up and clothes, which is often the case. Some women in Shenzhen thought Hong Kong is the closest and most convenient shopping place. Another big consumption in Hong Kong is food. The Cantonese cuisine of Guangdong province is one of the major cuisines in China. So eating takes up a pretty important place to people here in their daily life. There are some restaurants which are so popular that people have to wait in line outside of them for hours. And also Hong Kong has a big electronic market. It is smaller than the Huaqiangbei electronic market in Shenzhen. But there are many different video games and electronic products here, some of which people cannot buy in Shenzhen.

The busy city of Hong Kong is a place where everz capitalist dream can be accessible, at every price: from markets where you can bargain, to luxury goods in the most hype parts of town. Taking into account the fact that HK used to be a british colony, one can have trouble believing that we are still inside China, had it not been for the hot weather and the cantonese language.