Yesterday, our industrial designer and our electronics engineers moved to Seeedstudio for working on the Hibachi instead of visiting BGI – Beijing Genomics Institute. The goal was to adjust the 3d printing in order to fit perfectly with the PCB. Indeed, we came across practical issues that cannot be seen on ours screens such as the height of little soldering below the PCB that elevates it. 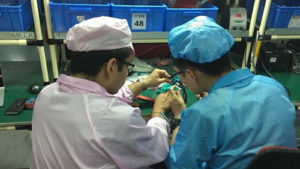 Today is our last day in Shenzhen as well as the last day in China with the CHIC project :(((
The goal of this last day was to have everything ready when we will be back in Switzerland for assembling our Hibachi. Our dream would be to get our functional prototype, but we encountered two main critical issues. First, we cannot find a suitable supplier and an optimal process for getting our aluminium plate. Second, we had to resolve some problems with the PCB and its bootloading. Nevertheless, it is a question of time. We are pretty serene to finish it!

To achieve our last day goal, our team moved quickly to Seeedstudio for resolving engineer problems with the PCB. Problems concerned the height of the PCB as well as the boot loading. After hours of hard works, our engineer found how to fix it. 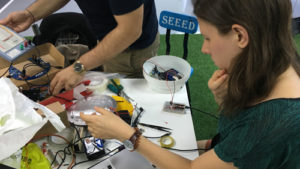 Our industrial designer build additional buttons with the local 3d printer and finalized the 3d printing to get ready with the PCB. 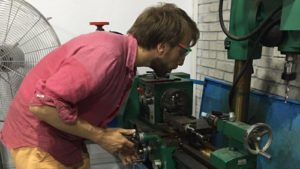 Last but not least, we had been interviewed by CCTV. Their purposes were to get the aim of CHIC as well as the student learning on it. They also interviewed CHIC staff and students to get their personal feelings. 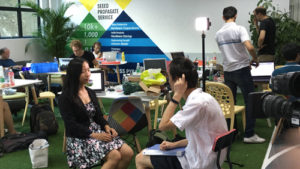 At the end of the day, all CHIC teams moved to a restaurant to celebrate the end of the China trip. Some of us are naturally quite frustrating not to have finished our functional prototype. We encountered serial obstacles with the Chinese environment as well as with the Hibachi prototype.

Shenzhen is definitely the place to be for prototyping an hardware concept. It is a way cheaper and faster than in Switzerland. Despite the local people are working hard and fast, the organization is flexible and as to be taking into account.

Back in Switzerland, we have to do additional work for finishing our functional prototype. First, our actual 3d printing is made of a soft material that cannot support heat up to 20°C. It was cheaper and our goals were to make visual and concrete checks before printing with an adaptable material. The suitable material will be printed once we are back. Then, we have to find a suitable supplier to create our aluminium plate that we cannot find here. In additional, we have to load and check programs in the PCB. Finally, assembly all our works into the 3d printing.
We are serene with those processes.

Right now, we are going to celebrate our last night in Shenzhen with all CHIC members and I will leave my computer. 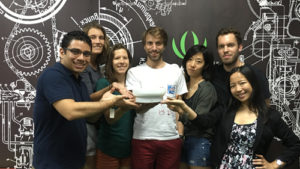 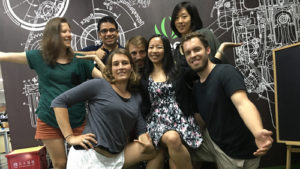 This is the end of the CHIC project, but probably not the end of Hibachi. Stay tuned, news will come in September!!!