More information about the Chinese market

I have been walking around Shenzhen (well mostly around the hotel) in order to observe the behavior of the Chinese people regarding mailboxes and other topics related to our project.

So the main things I’m looking for are: mailboxes, post offices, public deposit boxes in subway or train stations, as well as behaviors of people interacting with these objects.

In a shopping mall I saw some small free lockers, but useable only with a receipt of a shop within the center, using the code bar. But as you can see on the picture, the revenue stream here comes from the publicity. 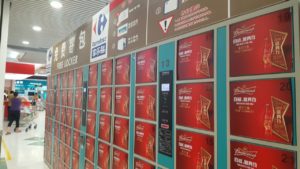 I didn’t find any similar product to ours but obviously I haven’t looked everywhere so we can’t say that we’re completely safe. We also saw some other lockers in a 7eleven (the little shops in China) near a beach in Hong Kong. They didn’t work with a key but with a code and weren’t free this time. Other than that, we didn’t see any lockers in the subway or railway stations. We need to look farther in the subway stations but apparently in the railway stations you won’t find them. There are luggage rooms instead. But you have to remember that the railway stations in China are much bigger than in Switzerland, and you take the train only for long trips, you would compare the train stations of Switzerland more with subway stations in China.

Regarding how the mail system works in China, well first of all we have to split this in 2 categories: the parcels and the letters. For the parcels, Chinese people don’t use the Post but private delivery companies instead. In order to deliver the parcels, the delivery man will call the customer to agree on a delivery time so that they don’t miss each other. If they do miss each other anyway, the delivery guy takes the package back with him and the customer will have to pay extra fees to get his or her parcel. No Post involved here. Pretty inconvenient, right? Regarding the letters now, you need to know that you don’t get a mailbox by definition. If you want one, you have to rent one (and it’s not cheap!) in the building where you live, to the Post office or to the owner of the building. In this case, you will get your letters at home. If you don’t rent a personal mailbox, then you have the possibility to sign up at your local pPst office to rent a mailbox there or you can just get a phone call every time you receive a letter at the Post office so that you can go and get it. Pretty complicated as well, right?

You will often see in the streets random delivery guys or parcels lying around like this: 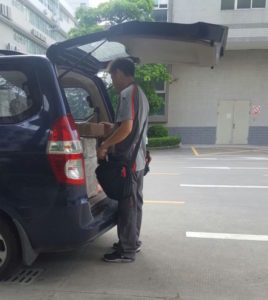 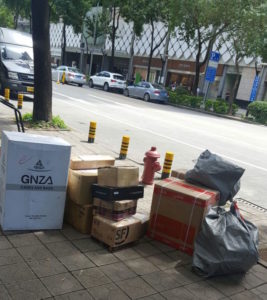 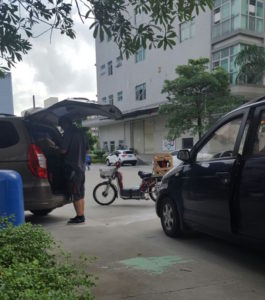 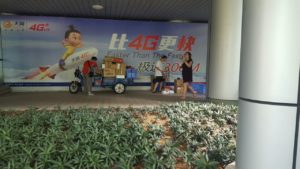 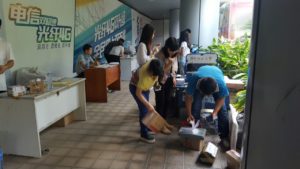 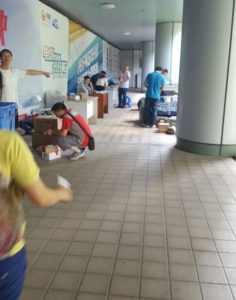 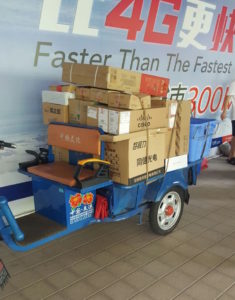 So just a few desks outside in the streets, some delivery guys driving a scooter with all the parcels on them (and they don’t wear a helmet, obviously) and the customers, well the people, coming by to get their mail. I was pretty surprise to see that in a city as modern as Shenzhen, the mail system seems so “old-fashioned” and not optimized.

I haven’t been able to see any mailboxes yet, as surprising as it sounds, because there are always guards at the entrances of the buildings along with big portals. But I’ve been told that I should try to go in anyway, so that’s what I’ll do tomorrow probably in order to be able to show you a few pictures!

In conclusion, we can say that China (well at least Shenzhen since it’s what I’ve been observing) would be a great market for us, we could really bring some improvements here. Imagine if we just put some Aimo deposit boxes in different neighborhoods, then the customers wouldn’t have to arrange an appointment with the delivery man to agree on a specific time and wouldn’t have to pay extra fees in case they miss the delivery. On the other side, the delivery guys wouldn’t have to be slowed by specific timings, they could just drop the parcels in the deposit boxes whenever and so be able to be more efficient during the day. We need to check the regulations regarding the personal mailboxes as well and the deposit boxes in common spaces, but I’m confident that China should be Aimo’s next destination!